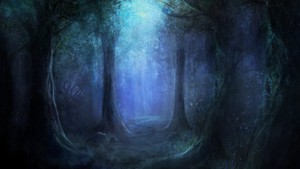 The Elven Vale Nighttime SoundSet brings the warm embrace of a peaceful darkness falls over the Elven forest. The thrumming of insects rises and falls and owls hoot happily in the deep dark green of safety. You can add a gentle fall of rain, and of course, if you like, a few sinister monsters plying the boarders of this Elven haven. This SoundSet includes five original compositions by Benjamin Loomes featuring his monk like vocal meditations.

This SoundSet was imagined, compiled, designed, created, mixed, and finished by Benjamin Loomes of syrinscape.com, using samples created by him and also the following list of samples from the collaborative Internet database of creative-commons licensed sounds freesound.org:

The music in this SoundSet was composed, performed, recorded, mixed, and mastered by Benjamin Loomes for syrinscape.com